Interestingly, Apple uses a different wallpaper to demo iOS 7 on their website previews and that alternate wallpaper winds up making everything look better. The home screen is otherwise the same:

iOS 7 really starts to shine when you look at individual apps and their visual changes when compared to the prior versions of iOS. The focus is on simplification, modernization, and refinement, and it works very well:

Notifications Center before and after:

Messages removes all the bubble elements and winds up looking quite different, shown before and after:

Siri gets a new UI, shown before and after UI:

Weather is redesigned and the new app is beautiful, looking similar to the popular Yahoo Weather app:

Multitasking shown before and after are so different that users will have to get used to completely different interaction, even quitting apps is different, and it remains to be seen how multitasking is handled on the iPad through gestures with iOS 7:

Mail redesign is mostly just simplification, both in mailbox selection and composition:

Comparing Icons of iOS 6 vs iOS 7

Every stock icon looks different in iOS 7, some are hard to recognize when compared to their iOS 6 counterparts: 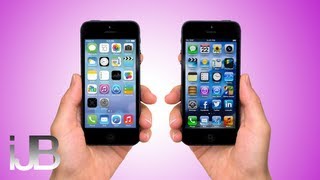 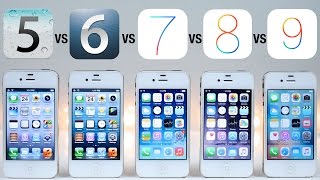 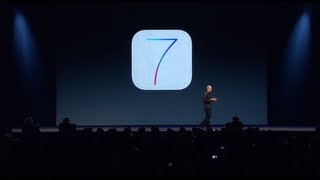 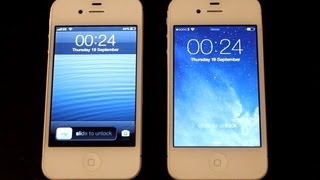